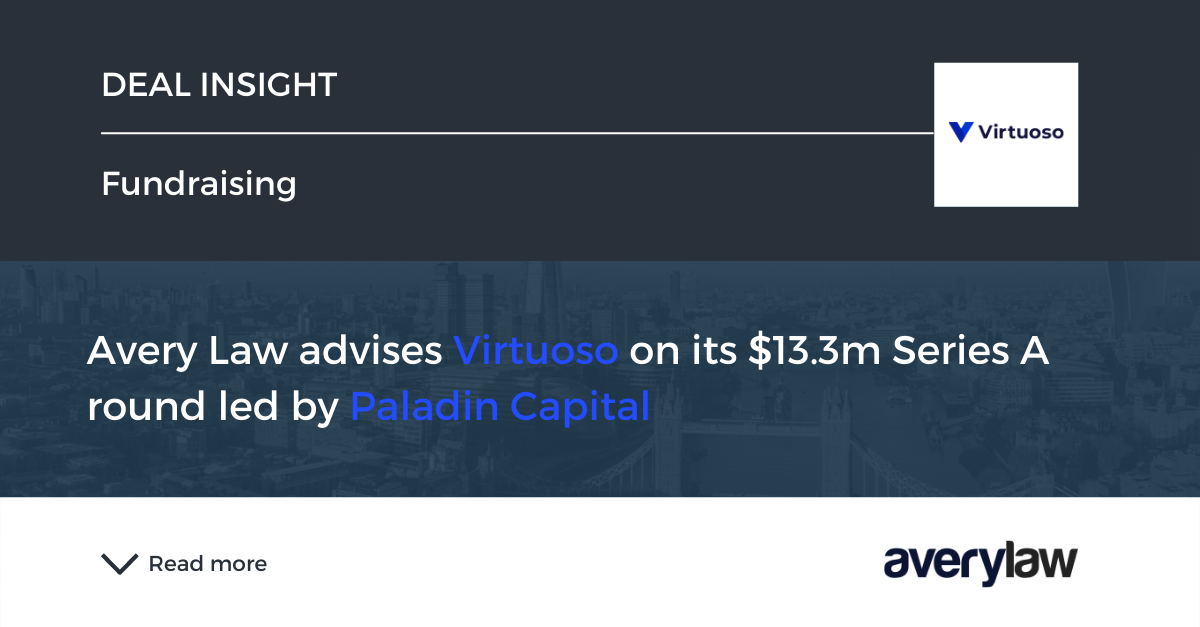 Avery Law advises Virtuoso on its $13.3m Series A round led by Paladin Capital

Avery Law advises Virtuoso on its $13.3m Series A round led by Paladin Capital. The round was joined by Mubadala Capital as well as existing UK investors Crane Venture Partners, Forward Partners and Downing Ventures.

Virtuoso says its SaaS software testing platform, which launched in 2019, uses machine learning and Robotic Process Automation (RPA) to “make testing simpler and faster” and claims that QA teams can identify software bugs and errors much faster than manual processes.

The software testing automation market is projected to grow from $12.6b in 2019 to $28.8b in 2024, according to Global Market Insights. Virtuoso says it aims to create fully autonomous testing with little to no human interaction, enabling non-coders and coders to write automated tests in plain English.

Adil Mohammed Founder and CEO of Virtuoso said: “The way software testing is currently being done is not fit for purpose. When done inefficiently, the QA and testing process can be a big barrier to growth. We want to change that.” Virtuoso plans to use the funding to expand its sales team, increase market share in the USA, and develop its product.

Ken Pentimonti, Principal and European Manager, Paladin Capital Group commented: “In the fragmented Software Testing Automation market, Virtuoso is way ahead of the curve in terms of versatility, the tech stack, and its ease of use.”

Virtuoso competes with companies such as Mabel, Leapwork, Testim, ACCELQ, and Functionize.

Avery Law is the business and trading name for a legal practice carried on by Avery Law LLP. Avery Law LLP is a limited liability partnership, registered in England and Wales, with registered number OC374426, with its registered office at 25 Wilton Road, London, SW1V 1LW.

Avery Law LLP is authorised and regulated by the Solicitors Regulation Authority of England and Wales (SRA ID: 568560).